Today I took a group of two dozen, mainly studying for an MSc in IT for Oil & Gas on a visit BP’s HIVE – Highly Immersive Virtual Environment. The visit went through a number of presentations & demos highlighting how the HIVE is used. The visit took roughly two hours – commencing just after 14:00 and finishing around 16:15. 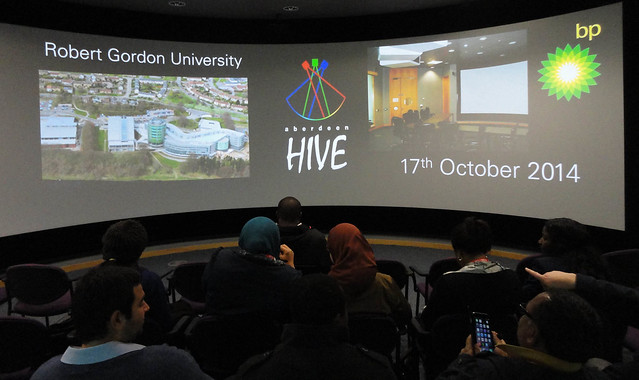 It began with an introduction to the HIVE and a visualization plot of all the oil fields located mainly in the north and east of the UK. One outlier happened to be in the south – the only site that wasn’t off shore. After that we were presented with some 3D models that necessitated the use of 3D shutter glasses. Given the images on screen were blurry without glasses I didn’t take any images of the simulation. The models showed one oil field in particular and the structure of the various layers below the sea bed. It also displayed a number of test drilling sites and how the pipe work was implemented to facilitate extraction.

Following on from the 3D visualization we saw a number of other models depicting the contours of some areas and how various pipes were positioned across the field. After that we say a 3D model of a sea going vessel capable of operating way out at sea & were able to explore from bow to stern. We also saw some models of Christmas Trees dotted along the sea floor and the flexible pipe work infrastructure going right up to the waters surface. 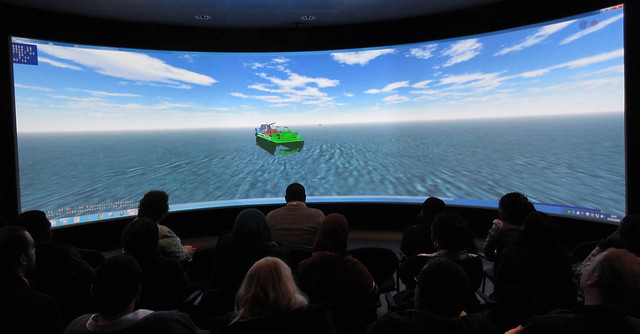 Towards the end of the talks we were presented with a more modern visualisation making use of 360 degree panoramic photography and how it may be used to identify parts that needed work / maintenance carried out. A good deal of discussion also occurred on the use of technology in the oil and gas sector with quite an emphasis on how technologies such as Wi-Fi, RFID & mobile devices can greatly assist in reducing costs and ensuring work is carried out correctly. 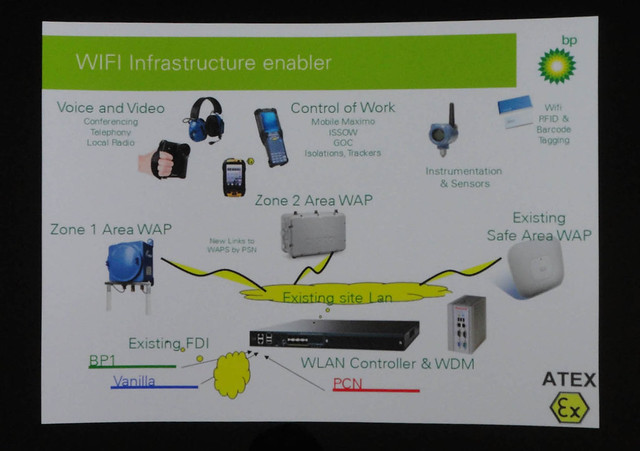 Finally before leaving their was time for one more group photo before departing. A big word of thanks to those who presented the presentation / demos / visualizations. 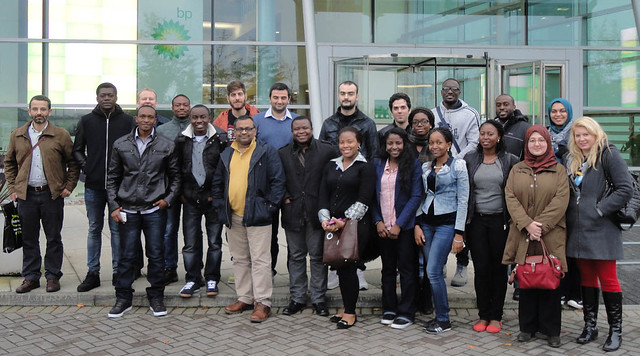 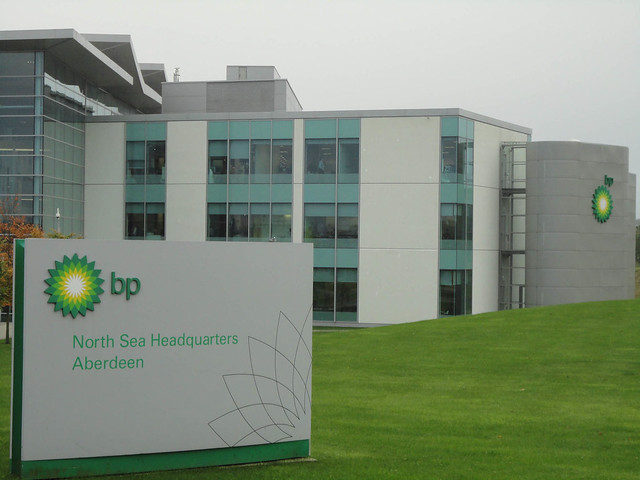 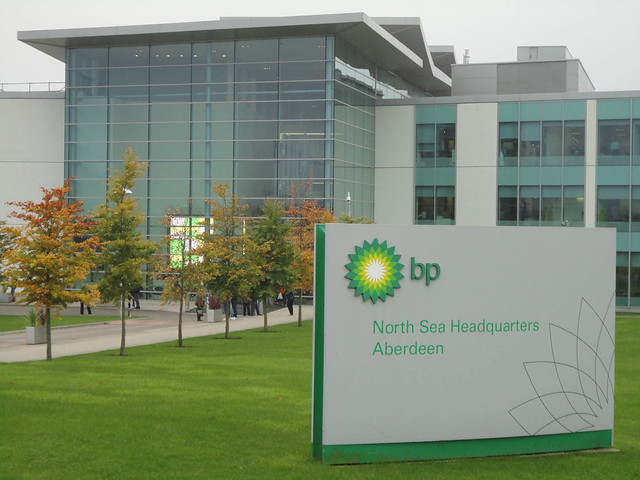 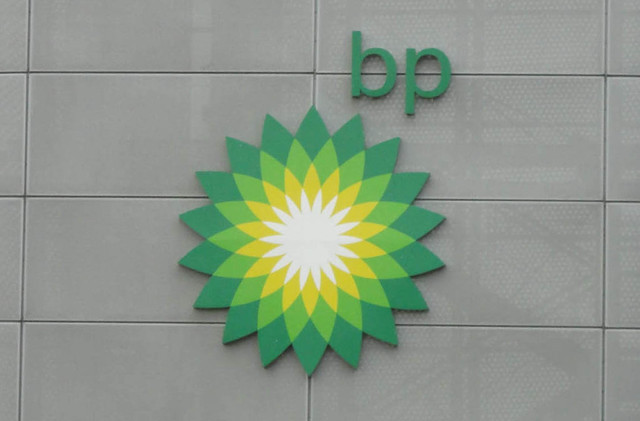 Location
Below is a map of where BP is located, as you can see it is situated just before the Marriot Hotel which is located at the roundabout intersecting Victoria Street and Riverview Drive.

Street View of the BP Building

A few days ago on Friday 23rd March myself and a few other academics along with a group of students at BSc, MSc & PhD level visited BP in Dyce to see one of their HIVE (Highly Immersive Environment) installations. The following are  a few photos of the group that attended, as well as some of the slides and visualizations presented during the 1.5 hour visit. The first photo seen below is of the group sitting in front of the HIVE’s curved screen, just prior to the presentations commencing. 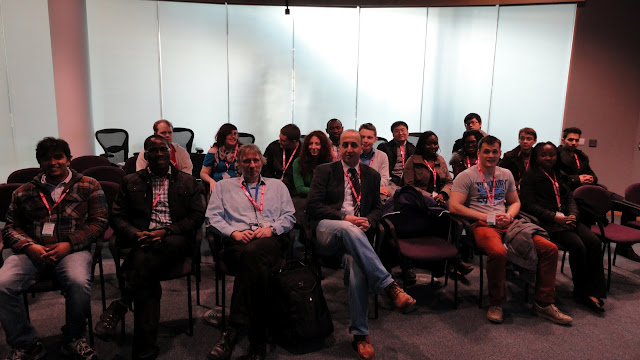 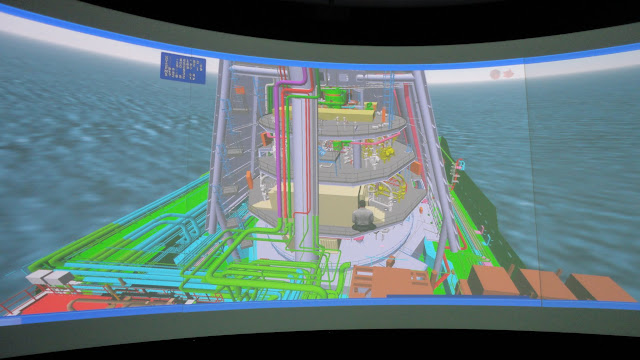 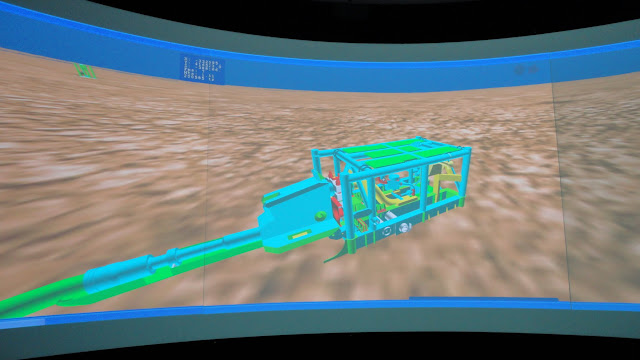 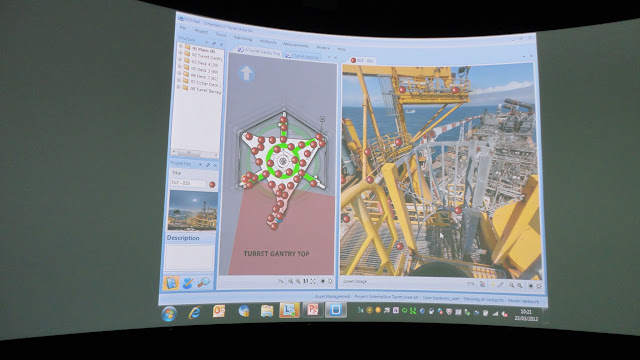 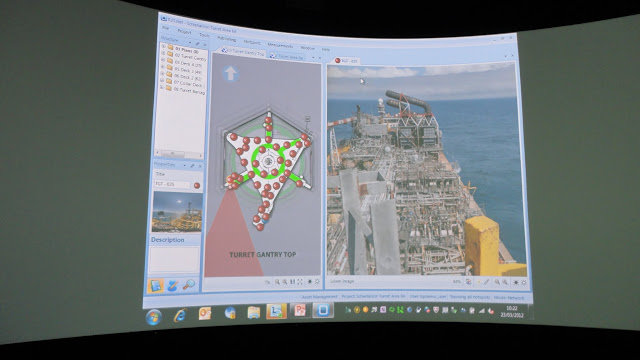 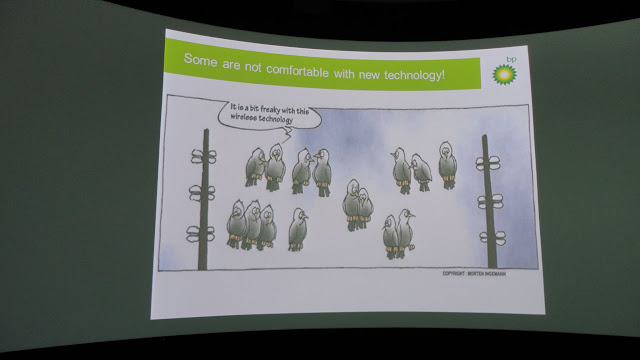 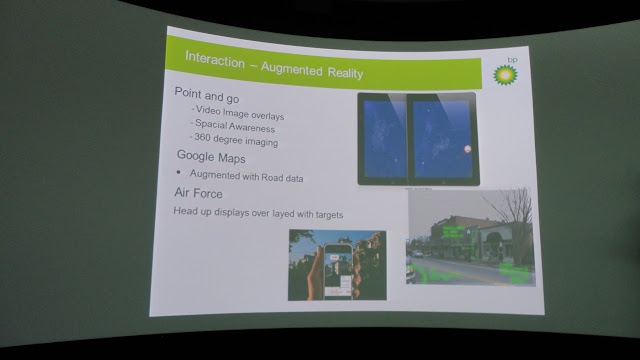 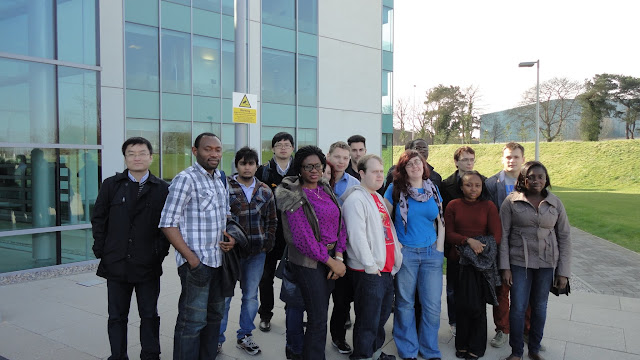 I have arranged a visit to BP’s HIVE – Highly Immersive Virtual Environment on Friday 23rd March from 09:30 to 11:00. The visit will go through a number of demos highlighting how the HIVE is used. There may also be time for demos of RFID / Video technology in use within BP. If you are interested in attending this then do get in contact with me as places are limited.

Location
Below is a map of where BP is located, as you can see it is situated just before the Marriot Hotel which is located at the roundabout intersecting Victoria Street and Riverview Drive.

Street View of the BP Building

Getting to BP
One can walk from BP to Dyce train station in about 15 mintes, its located about 1 mile away, see the map below.

There are a number of bus stops located very close to BP as you can see if you zoom in on the location map. Probably the easiest option is to get the 21 or 21A. Details of bus timings area available from the first group website one can also view this as a pdf document.