Many of the unboxing videos you have recently seen & several of the upcoming ones have been recorded using a Sony NX5E video camera & a SWIT 7″ Monitor. In the case of the video camera it was the first professional video camera by Sony to feature in-build GPS. It is connected to the SWIT Monitor via a HDMI cable. This is quite a useful setup especially if you are video recording by yourself as it thereby allow you to see frame the shot and see what is going on in real-time, without such a setup one would really be relying on a camera operator to guide you, even at that however it would be verbal communication and would of course be nowhere near as effective as seeing the in camera framing yourself. As you can see the footage was recorded in a green-screen room. In this particular case the lights are turned off. The lighting in question being Cool-lite 9’s & 655’s. The Cool-lite 9’s provide the equivalent of 1000 watts of lighting from 9 28 watt fluorescent bulbs. The latter provides 1320 watts from 6 x 55 watt bulbs. The half-dozen of these lights in the green-screen room provides a total of 6640 watts of lighting colour balanced to 5200K. A standard pop-up background, the likes of which you would see in many a standard graduation photograph was used as the backdrop for the unboxing. The following are a few photographs of the camera and monitor taking in some just a little bit of the green screen room & lighting arrangement. 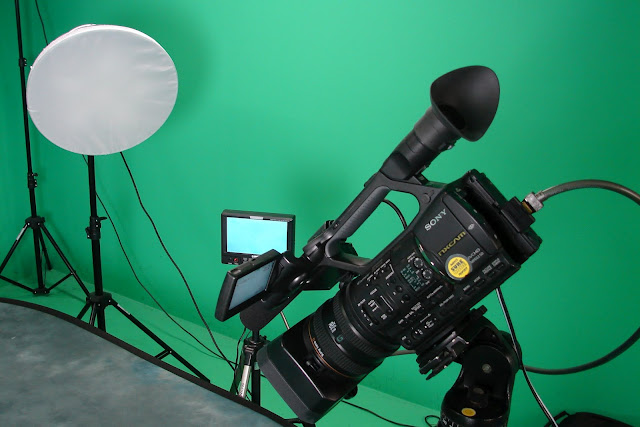 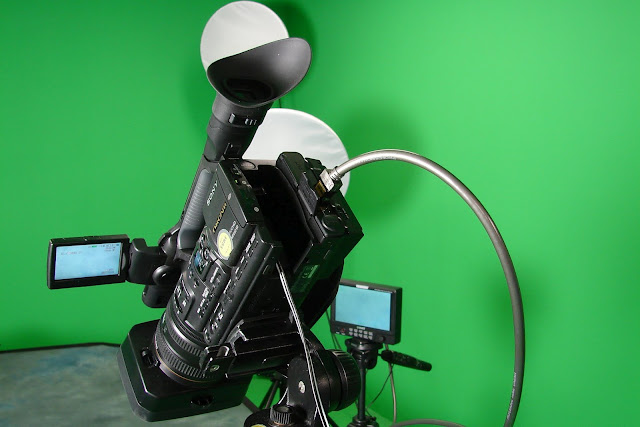 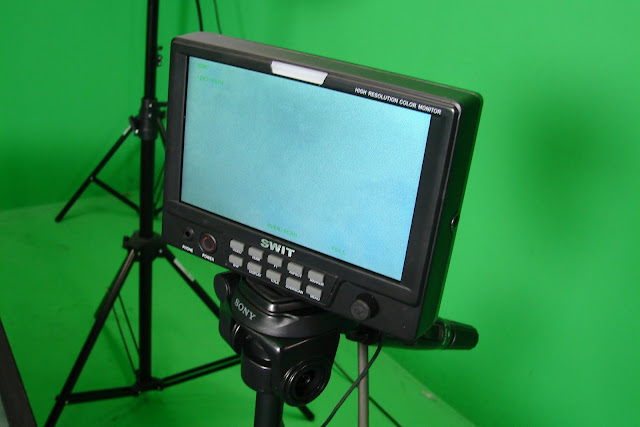 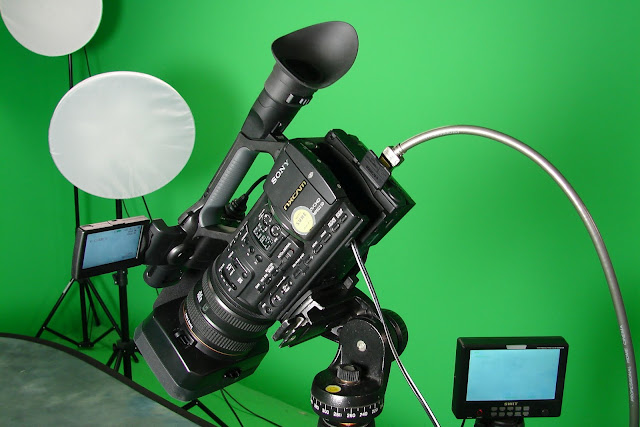